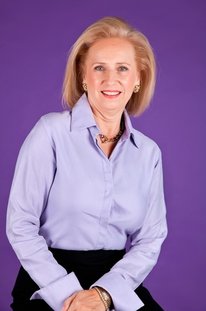 Mrs. Rosenbloom, a founding board member of The Unicorn Children's Foundation, 1995 and a Lifetime Grand Patron, has served in a variety of positions in the local fundraising efforts.  She was Co-chair of the first Palm Beach gala in 1999.  She also served as chair again in 2000 and 2003.  In addition to serving as chair, she has served as sponsorship chair every year since 1999 including this year, and in any other capacity asked of her each and every year.  She continues to serve on the board of The Unicorn Children's Foundation and is currently the Chairman of the Fund Raising Committee of the Friends of the Unicorn.
She graduated with honors with a Bachelor's of Science in Physical Therapy in 1974 from McGill University.  Professionally, she served as head of Physiotherapy in Orthopedics at The Montreal General Hospital from 1976 to 1980.  In 1980 she opened a private practice in physical therapy and continues to serve patients even today.  In addition, she has been Health and Fitness Editor to "Bridal Guide Magazine" since 1994.
Even though she is very busy, she has still found time to participate in the following organization: Board Member of Mimomoneties 1994-1995; Life Member of Mimomoneties 1994-present; Life Member of Jewish Convalescent Hospital; Member of Lion of Judah, 1987; Member of Montreal Opera 1990-present; Member of Montreal Museum of Fine Arts 1990-present.
She was married to Mike Rosenbloom and together they have six fabulous children and nine beautiful grandchildren.  Though her primary residence is in Montreal, she considers her Boca Raton apartment home away from home during the winter months.
© 2017 Unicorn Children's Foundation
REGISTRATION#: CH17062
A COPY OF THE OFFICIAL REGISTRATION AND FINANCIAL INFORMATION MAY BE OBTAINED FROM THE DIVISION OF CONSUMER SERVICES BY CALLING TOLL-FREE WITHIN THE STATE. REGISTRATION DOES NOT IMPLY ENDORSEMENT, APPROVAL, OR RECOMMENDATION BY THE STATE.
Terms of Service (“Terms”)
Last Updated:2/1/23
Please read these Terms of Service (“Terms”, “Terms of Service”) carefully before using the http://www.unicornchildrensfoundation.org website (the “Service”) operated by The Unicorn Children’s Foundation, Inc. (“us”, “we” or “our”). Your access to and use of the Service is conditioned on your acceptance and compliance with these Terms.  These Terms apply to all visitors, users and others who access or use the Service. By accessing or using the Service you agree to be bound by these Terms.  If you disagree with any part of the Terms than you may not access the Service.