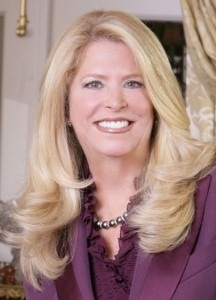 Karen Swanson, originally from New Jersey, moved to Florida in the mid 70's.  Having graduated from Graham Jr. College in Boston, Massachusetts with an Associates Degree in Business Administration, Karen began working for several developers in the South Florida region. Eventually, Karen and her husband Dan successfully created Addison Development, a premier custom estate homes development company based in Palm Beach, Florida.
Karen has been involved with The Unicorn Children's Foundation for over nine years.  During this time, she has served on the Board of Directors as Vice-President and is currently the Treasurer.  As an active part of our Fundraising committee, Karen has served as Gala chair three times.  Through Karen’s overwhelming support, utilizing her invaluable connections and resources, the foundation has been able to surpass several of its financial goals throughout the years. “I believe in the cause,” Karen said. “I see how we have grown and continue to grow, and I am honored to be a board member."
Karen is also involved in many civic groups and the Arts including: The Norton Museum, Palm Beach Civic Association, The Ann Norton Sculpture Gardens, Kravis Center, Carnegie Museum of Pittsburgh, the Preservation Foundation of Palm Beach, & Peggy Adams Rescue League.  Karen sits on the board for The Center for Family Services.  She has chaired "The Old Bags Luncheon,” the YWCA Harmony House Luncheon, & the Children’s Holiday Party at the Norton, along with being a member of many other fundraisers.  Her philanthropic work is well known throughout the Palm Beaches, which earned her the nomination of the Wachovia’s Woman Volunteer of the Year award in 2007, hosted by the Junior League of Boca Raton.  “It is very rewarding to be able to give back to a community that is so dear to me.”
© 2017 Unicorn Children's Foundation
REGISTRATION#: CH17062
A COPY OF THE OFFICIAL REGISTRATION AND FINANCIAL INFORMATION MAY BE OBTAINED FROM THE DIVISION OF CONSUMER SERVICES BY CALLING TOLL-FREE WITHIN THE STATE. REGISTRATION DOES NOT IMPLY ENDORSEMENT, APPROVAL, OR RECOMMENDATION BY THE STATE.
Terms of Service (“Terms”)
Last Updated:2/1/23
Please read these Terms of Service (“Terms”, “Terms of Service”) carefully before using the http://www.unicornchildrensfoundation.org website (the “Service”) operated by The Unicorn Children’s Foundation, Inc. (“us”, “we” or “our”). Your access to and use of the Service is conditioned on your acceptance and compliance with these Terms.  These Terms apply to all visitors, users and others who access or use the Service. By accessing or using the Service you agree to be bound by these Terms.  If you disagree with any part of the Terms than you may not access the Service.