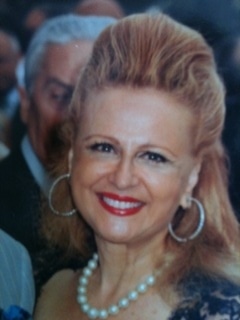 As the founding member and founding President of the Unicorn Children’s Foundation​, Juliette has provided her experience, abilities, dedication, and enthusiasm to help build and nurture the organization.  As Founding President of the Friends of the Unicorn, she has taken her passion for the mission of the foundation and used it to create the first chapter in South Florida.
In addition to being a founding member, Juliette was gala chair in 1999, 2000, and 2003.  She is on the honorary advisory board and served as a consultant and committee chair for galas in Miami in 1999, 2001, and 2002.  Juliette has also served as a hostess and sponsor of Membership Development from 1999-2003. Juliette was on the board of the Unicorn Village Academy since its creation in 2013 through 2020.
As well as her work with The Unicorn Children's Foundation and Friends of the Unicorn, Juliette is very active in the community in which she lives.  She was on the Board of Directors for the Boca Centre for the Arts and hosted the Montreal Symphony Orchestra in her home for an awareness presentation about the Centre of the Arts; member of the Excalibur Society, Lynn University; past member of the Caldwell Theater; Life Member on the volunteer board for the Montreal Symphony Orchestra; Life Member and board of the Chateau Ramsey Museum and chair of their 100th Anniversary gala; Life Member of Hadassah and committee chair for their gala art auction.  Juliette has also received the Award of Distinction from the Canadian Cancer Society and served on the committee of the Daffodil Ball until 1998.  She was also on the committee of the Association Cervantes, an international society for diplomat's wives.  She was one of the honorees for the 2003 Wachovia Woman of the Year Award representing The Unicorn Children's Foundation and won the Woman of Grace Award for Bethesda Hospital in Delray in 2005. She also pioneered the first European International Gala in Monaco in 2005, as well as advising on the Montreal Gala at the Casino of Montreal in 2002 and the Symphony gala for The Unicorn Children's Foundation in Montreal at the Place des Arts in 2003.
Personally, Juliette is a Dame of the Chaine des Rotiseurs of Monaco, speaks five languages, has worked as an interior and fashion designer and was a manufacturer of men's and women's clothing.  Her interests lie in art, music, and she is an accomplished pianist.  She is married to David and has one daughter, Jasmine, a graduate of Lynn University, Florida Atlantic University, and a graduate student at Nova Southeastern University.
© 2017 Unicorn Children's Foundation
REGISTRATION#: CH17062
A COPY OF THE OFFICIAL REGISTRATION AND FINANCIAL INFORMATION MAY BE OBTAINED FROM THE DIVISION OF CONSUMER SERVICES BY CALLING TOLL-FREE WITHIN THE STATE. REGISTRATION DOES NOT IMPLY ENDORSEMENT, APPROVAL, OR RECOMMENDATION BY THE STATE.
Terms of Service (“Terms”)
Last Updated:2/1/23
Please read these Terms of Service (“Terms”, “Terms of Service”) carefully before using the http://www.unicornchildrensfoundation.org website (the “Service”) operated by The Unicorn Children’s Foundation, Inc. (“us”, “we” or “our”). Your access to and use of the Service is conditioned on your acceptance and compliance with these Terms.  These Terms apply to all visitors, users and others who access or use the Service. By accessing or using the Service you agree to be bound by these Terms.  If you disagree with any part of the Terms than you may not access the Service.