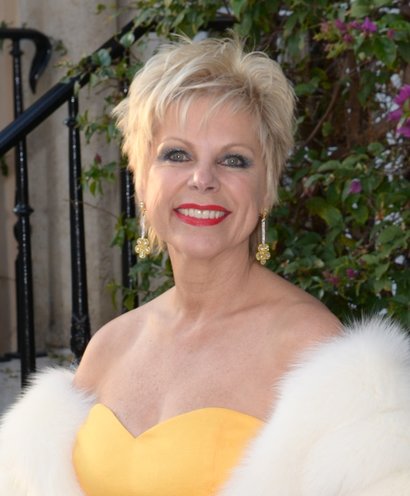 Joanne Gabay has been involved with The Unicorn Children's Foundation since 1999, donating her time as a volunteer on the Palm Beach Gala Committee.  She later went on to serve as co-chair on the Education Committee where she oversaw information sessions for parents and professionals as well as a 3-day conference with T. Berry Brazelton.  Joanne also served as a Co-Chair and Dinner Committee Chair for the 2003 Palm Beach Gala at Mar-a-Lago and served as Chair of the 2005 Palm Beach Gala, "An Affair to Remember," also at Mar-a-Lago, which was attended by 600 patrons and raised one million dollars.
Joanne attended the University of Quebec in Montreal, Quebec and holds a Bachelor Degree in Education/Children with Special Needs (Baccalaureat d'Enseignement a l'Enfance Inadaptee.  She worked for the Protestant School Board (French Section) as a Specialist for children (aged 6-14) with disabilities.  While there, she served as President of the Teacher's Association.
She was very involved at her children's school, United Talmud Torah School in Montreal, in both parental activities as well as serving as a consultant for the school's new Math and French programs.
Joanne and her family relocated to the United States in 1996.  She and her husband, Leon, co-founded the All Star Academy in Delray Beach.  The school was very successful, enrolling more than 500 students in Pre-K through 12th grade.  Joanne created the French program for the middle school and high school.
Joanne currently works as an Assistant Interior Designer at Roz Shuster Designs in Boca Raton.  She still enjoys learning and recently completed a course at Florida Atlantic University in French Renaissance Literature.
She is a widow and mother of two daughters.  She lives in Boca Raton.
© 2017 Unicorn Children's Foundation
REGISTRATION#: CH17062
A COPY OF THE OFFICIAL REGISTRATION AND FINANCIAL INFORMATION MAY BE OBTAINED FROM THE DIVISION OF CONSUMER SERVICES BY CALLING TOLL-FREE WITHIN THE STATE. REGISTRATION DOES NOT IMPLY ENDORSEMENT, APPROVAL, OR RECOMMENDATION BY THE STATE.
Terms of Service (“Terms”)
Last Updated:2/1/23
Please read these Terms of Service (“Terms”, “Terms of Service”) carefully before using the http://www.unicornchildrensfoundation.org website (the “Service”) operated by The Unicorn Children’s Foundation, Inc. (“us”, “we” or “our”). Your access to and use of the Service is conditioned on your acceptance and compliance with these Terms.  These Terms apply to all visitors, users and others who access or use the Service. By accessing or using the Service you agree to be bound by these Terms.  If you disagree with any part of the Terms than you may not access the Service.