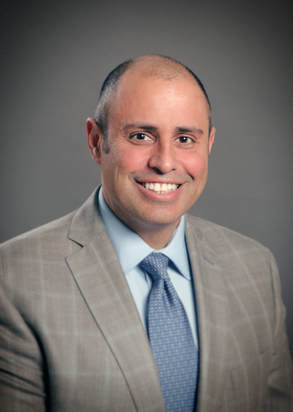 ​An Emmy nominated and Associated Press award winning TV journalist, Corey Saban’s media career encompassed interviews with the some of the world’s most respectable and recognizable figures. A virtual who’s who of newsmakers, from President’s to Pulitzer Prize winners.

An accomplished speaker and 15-year news veteran, Saban saw how the media landscape was changing and began working with professionals providing high end media coaching and crisis management skills. As the use of video began exploding, he co-created two companies, THELAW.TV and Newstation.com.
​
Newstation.com helps nonprofits and businesses of all sizes engage more effectively through newsroom style web video that grabs attention and gets results at a disruptive price.
© 2017 Unicorn Children's Foundation
REGISTRATION#: CH17062
A COPY OF THE OFFICIAL REGISTRATION AND FINANCIAL INFORMATION MAY BE OBTAINED FROM THE DIVISION OF CONSUMER SERVICES BY CALLING TOLL-FREE WITHIN THE STATE. REGISTRATION DOES NOT IMPLY ENDORSEMENT, APPROVAL, OR RECOMMENDATION BY THE STATE.
Terms of Service (“Terms”)
Last Updated:5/20/22
Please read these Terms of Service (“Terms”, “Terms of Service”) carefully before using the http://www.unicornchildrensfoundation.org website (the “Service”) operated by The Unicorn Children’s Foundation, Inc. (“us”, “we” or “our”). Your access to and use of the Service is conditioned on your acceptance and compliance with these Terms.  These Terms apply to all visitors, users and others who access or use the Service. By accessing or using the Service you agree to be bound by these Terms.  If you disagree with any part of the Terms than you may not access the Service.